“Schandmaul” is for sure one of the best known and most successful german bands in the style of medieval rock music. There might be no other band more family and “real” than these 5 musicians. So this formation is playing since its foundation in 1998 nearly in the same cast – just bassist Matthias Richter changed in later: Thomas Lindner (voice, guitar), Anna Katharina Kränzlein (violin, hurdy-gurdy, voice), Birgit Muggenthaler-Schmack (bagpipes, flutes, shawm…., voice), Martin Duckstein (guitar), Matthias Richter (bass) and Stefan Brunner (drums).

In 2012 Ally is allowed to play the violin in this band to replace the pregnant Anna Katharina Kränzlein. 2014 she is asked again for the same circumstances. But this time Ally makes it only to the first tour soundcheck, because she is pregnant herself and has complications (which fortunately dissolve the same day).

For the 15th Anniversary in 2013 she heads the orchestra for the show.

Watch a whole concert here at Wacken 2012 (on the woodwinds: Jutta Simon-Alt, who replaces the pregnant Birgit Muggenthaler-Schmack): 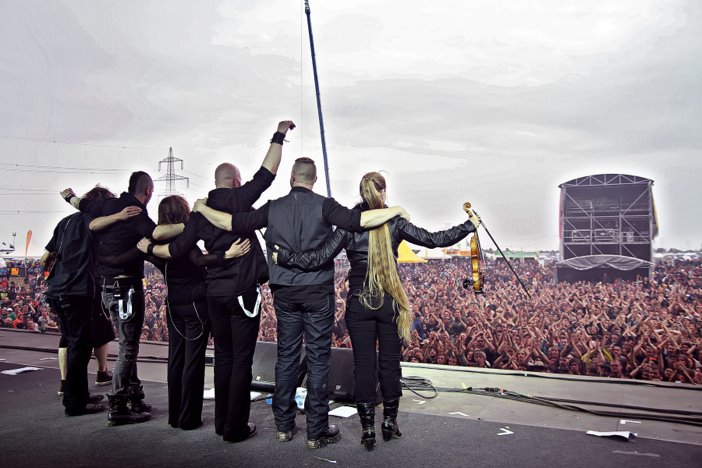 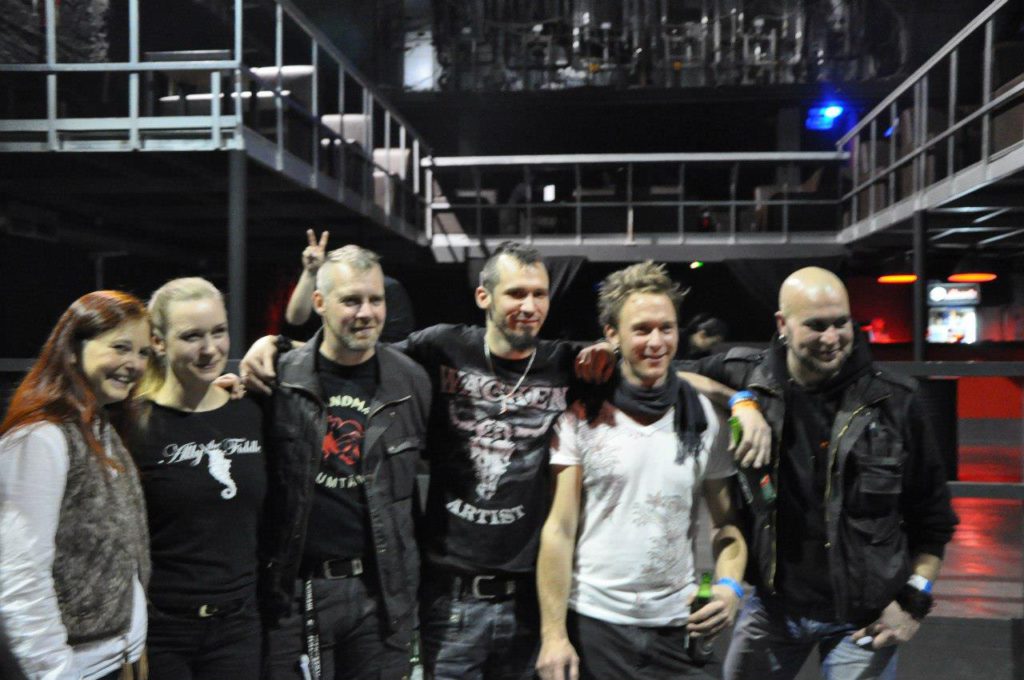 What does “Knorkator” (Fun Metal), a band from Berlin, has to do with a violin, yo may ask.
As the band told the publicity in 2008 they wanted to quit, not only the fans had been stunned; also the artists could not leave anymore, what they had done all over the passing years. So Alf Ator started to tour with reading his own funny stuff for an audience and also Stumpen entertained people with funny manuals, strange letters and similar objects, found in the everyday life. As musical support he took Buzz Dee and his guitar with him – so all three Knorkator members had been on the road again.
Already before the end of the band Ally and Knorkator met at various festivals. After Ally visited one of the new events of Stumpen and Buzz Dee she became a part of their uncommon reading shows and they changed the evenings into something, that was more about a new interpretation of  hits and songs of the world´s history in german language (like an 1 to 1 translation – you may imagine what comes out, if you do that…), where Stumpen was showing his wide repertoire of jokes and Ally could present the songs of “Ally the Fiddle” to a half playback.

Fortunately the band reunited in 2011 and Ally was invited to play two big concerts in the “Columbiahalle” Berlin (but with poor health) and to take part in the new album. Even if the reading tours had to stop with the reunion of the band, Ally still says: “It has been one of the greatest, most cordially and funniest tour times in my life!”.

Go to top
Go to top

This controverse band (Gothic Metal, New German Hardness), supporting the idea of free love, already exists since 1991: “It has been a concept band from the beginning, supporting Sigmund Freud´s statement „Sexuality is the main theme about life“ and sadomasochistic phantasies in an artistic way. This theme was chosen, because in the opinion of the band it has been the most intellectual expression of sexuality.”
Beside a few guest gigs (“Wave Gotik Treffen” 2011 for example) and recording sessions Ally was asked by singer Mozart to take part in the DVD-production to the band´s 20th anniversary  and got the great string colleagues of the band “Letzte Instanz” (Muttis Stolz, violin and Benni Cellini, cello) set to her side. Ally also was writing the arrangements for the strings.

The DVD “20” was made in a double concert at one day: First in an acoustic show with many guest musicians erweiterten (now with additional instruments, like piano, 2 violins, cello and guest guitars), afterwards in a rock show, also with guest musicians and again with Ally at the violin.