“I met her the first time at the M’era Luna Festival in 2019 and was immediately enthusiastic about her virtuosity.”

“The album ‘UP’ is outstanding in comparison with similar music. It convinces with Ally’s rich musicality and her incredibly virtuos played and set violin.”

“Ally convinces not only with her solo project. She is additional the style-forming violinist outside the classical music…”

Klaus Linke, Voices of the Street

2 pages about rock violinist Ally Storch in this issue of ‘Jezza!’-Magazine

‘Powerful violin riffs made in Türkenfeld

Rock violinist Ally Storch is one of the real big in the scene and currently on tour with ‘Subway to Sally’.[…]

‘During my musical wandering time I have learned, that I don’t want my music to be put in one drawer. To describe my music it was necessary to create a new genre.’ So she created the sub-genre Progressive Violin Rock/Metal.Beside her singing Ally forms the sound of the band especially with her six-string electric violin. […]

“[…] But with seven musicians on stage there is not much space there. So mainly Eric and Ally are in motion. Especially watching Ally play is a true joy and I wish I could still bang my head as she does. […]”

“[…] Much has happened in the house of SCHANDMAUL (…)
In Munich she [Ann.: Anna, former violinist of Schandmaul] was replaced by violin virtuoso Ally Storch who additionally played her live debut with the hurdy-gurdy.”

“SCHANDMAUL’s sound is unusually hard this evening. Many songs like ‘Die goldene Kette’ or ‘Euch zum Geleit’ got a makeover also due to Ally.”

“No doubt, SCHANDMAUL are back and feel like a coherent unit again. Especially Ally with her violin enriches the band due to her excellent play.”

“Hallo Ally
Surprised and lifted up from my chair. Simply a great play!
I would have really missed something, if I would not have seen you at the event of […].
A gorgeous play, many thanks!
Best regards,
F. W.”

“An unmistakable news is obvious – Ally Storch is replacing Frau Schmitt also this evening at the violin and can inspire not only with her flooring hair. Unmistakably the violinist was able to form the sound of the band with her own style. So one was surprised listening up for songs, which have been performed a thousand times, like „Kleid aus Rosen“ and also Eric Fish admits at the microphone to have found a new motivation to sing these evergreens due to this new woman at his side. This fresh cell therapy is obviously a good one for the band and another sign, that changes in the musical world do not inevitably mean to be a bad thing.”

“ALLY THE FIDDLE, who will give their GAOM* debut in fall with the album ‘UP’, present not at least because of Ally Storch’s violin sound iridescent progressive metal, sometimes influenced by jazz rock.”

“…that Yogi was talking about the band around rock violinist Ally Storch in the highest tones. That he had done the right thing to praise this band in advance was showing Ally The Fiddle during their 40 minutes concerts.

In King Crimson’s The Court of the Crimson King Ally Storch was inspiring with an emotional violin solo.”

Ally Storch in the interview, June 2012 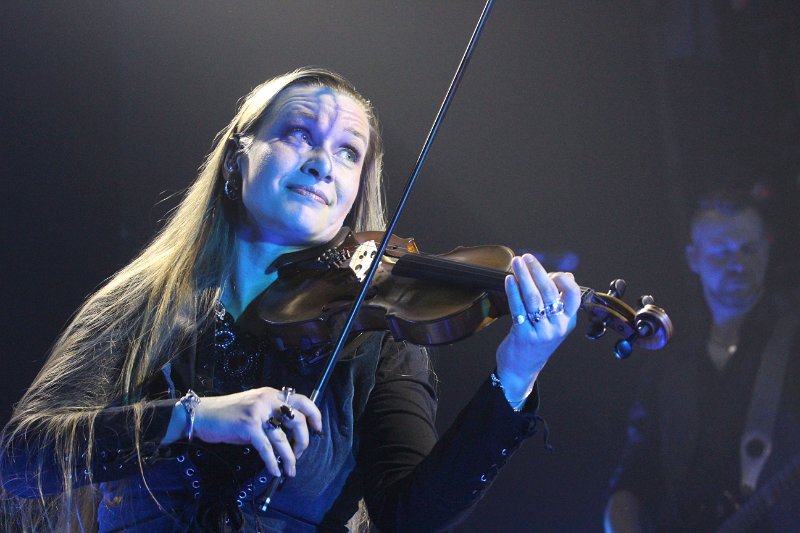 “If with Haggard, ASP or Schandmaul, the soloist at the violin is known from a lot of concerts. Meanwhile also with her own band Ally the Fiddle and will be in the medias for sure much more also in the future.

We met the violin virtuoso at April 21st, 2012 in Erfurt, where she replaced Anna-Katharina Kränzlein in her band Schandmaul. […]”

An interview by Wolfgang Hesse 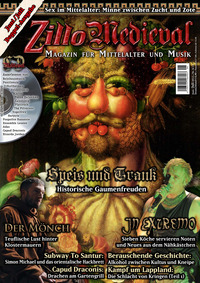 “Ally the Fiddle – not to virtuoso”, one page about Ally Storch
“Her intension for the soloist project she summarizes shortly: ´I wanted to show which variety of sound a violin might contain´,…”

“My music needs to have a soul. I don´t want to play only virtuoso stuff on my violin just to show, how fast my fingers may run and how well I dominate my instrument.”

An interview by Siegfried Maier

Already at the first tone of Ally the Fiddle is clear, that there is playing a band, that will be integrated seamlessly into the evening. Folkrock, Metal-elements, interspersed through irish influences, is presented by the sympathetic Ally on her violin, who is supported by musicians who all understand their instrumental craft and are visibly having fun on stage.

The mutually inspiration of the musicians is noticeable. Also Ally is floating over the stage and always moving through her men. This sparkle jumps to the audience very fast, so tumultuous applause is waving already after the first song to the long haired Rostock.

At this evening the violist also has a song in her luggage where she not only the violin gives a voice, but also her own one. Therefore she harvests the double of recognition in the hall. After good half an hour a visibly satisfied band wishes much fun with ASP.

Wolfgang Hesse, rezianer.de, about a support gig of “Ally the Fiddle” at ASP “fremd II”-Tour. 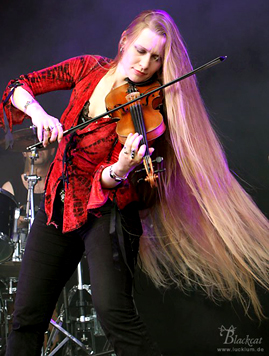 “German instrumental folk metallers ALLY THE FIDDLE caught the attention of classic rock audiences in June 2011 when they toured as special guests of UFO.”

Read more: Get Ready to Roll

An interview by Get Ready to Roll